I am in the process of trying to make a switch from makeup that contains harmful chemicals and using only makeup products that are not toxic. It’s really hard to do as most of my collection consists of makeup that is not natural or toxic free. Once you learn about the harmful effects of certain ingredients it is hard to go back to using them.

Your skin is the largest and the thinnest organ.  Only 1/10th of an inch separates you from all kinds of toxins and chemicals. Your skin is highly permeable, allowing what you apply to your skin access to your bloodstream and the rest of your body.

Benzalkonium chloride: Biocide, preservative and surfactant associated with severe skin, eye, and respiratory irritation and allergies, benzalkonium chloride is a sensitizer especially dangerous for people with asthma or skin conditions like eczema. It is found in many household disinfectants and cleaning supplies. Regular use of products containing antimicrobials such as benzalkonium chloride could lead to development of resistant bacteria.

BHA: The National Toxicology Program classifies butylated hydroxyanisole (BHA) as “reasonably anticipated to be a human carcinogen.” It can cause skin depigmentation. In animal studies, BHA produces liver damage and causes stomach cancers such as papillomas and carcinomas and interferes with normal reproductive system development and thyroid hormone levels. The European Union considers it unsafe in fragrance. It is found in food, food packaging, and personal care products sold in the U.S.

Coal tar hair dyes and other coal tar ingredients (including Aminophenol, Diaminobenzene, Phenylenediamine): Coal tar, a byproduct of coal processing, is a known human carcinogen , according to the National Toxicology Program and the International Agency for Research on Cancer. Hair stylists and other professionals are exposed to these chemicals in hair dye almost daily. While FDA sanctions coal tar in specialty products such as dandruff and psoriasis shampoos, the long-term safety of these products has not been demonstrated.

DMDM hydantoin & bronopol (2-Bromo-2-nitropropane-1,3-diol): Cosmetics preservatives that decompose and release formaldehyde , which the International Agency on Research on Cancer lists as a known human carcinogen. The preservatives and their decomposition products, including formaldehyde, can trigger allergic reactions. About one-fifth of U.S. cosmetics and personal care products contain a chemical that releases formaldehyde. Not surprisingly, more Americans develop contact allergies to these ingredients than Europeans.

Formaldehyde: A potent preservative considered a known human carcinogen by the International Agency on Research on Cancer. Formaldehyde, also an asthmagen, neurotoxicant and developmental toxicant, was once mixed into to many personal care products as antiseptic. This use has declined. But some hair straighteners are based on formaldehyde’s hair-stiffening action and release substantial amounts of the chemical. Many common preservatives also release formaldehyde into products (like DMDM hydantoin, quaternium, and urea compounds).

Fragrance: It may help sell products from face cream to laundry detergent, but do you know what’s in it? Fragrances are in everything from shampoo to deodorant to lotion. Federal law doesn’t require companies to list on product labels any of the chemicals in their fragrance mixture. Recent research from EWG and the Campaign for Safe Cosmetics found an average of 14 chemicals in 17 name brand fragrance products, none of them listed on the label. Fragrances can contain hormone disruptors and are among the top 5 allergens in the world. Our advice? Buy fragrance free.

Hydroquinone: A skin bleaching chemical that can cause a skin disease called ochronosis, with blue-black lesions that in the worst cases become permanent black caviar-size bumps. In animal studies, hydroquinone has caused tumor development. The National Toxicology Program is conducting reproductive toxicity and dermal carcinogenicity studies of this chemical.

Oxybenzone: Sunscreen agent and ultraviolet light absorber, found in nearly all Americans , according to the U.S. Centers for Disease Control and Prevention. In human epidemiological studies, oxybenzone has been linked to irritation, sensitization and allergies. A study of 404 New York City women in the third trimester of pregnancy associated higher maternal concentration of oxybenzone with a decreased birth weight among newborn baby girls but with greater birth weight in newborn boys. Studies on cells and laboratory animals indicate that oxybenzone and its metabolites may disrupt the hormone system.

Parabens (Propyl, Isopropyl, Butyl, and Isobutylparabens): Parabens are estrogen-mimicking preservatives, found in breast cancer tumors of 19 of 20 women studied. The CDC has detected parabens in virtually all Americans surveyed. According to the European Commission’s Scientific Committee on Consumer Products, longer chain parabens like propyl and butyl paraben and their branched counterparts, isopropyl and isobutylparabens, may disrupt the endocrine system and cause reproductive and developmental disorders.

PEG/Ceteareth/Polyethylene compounds: These synthetic chemicals are frequently contaminated with 1,4-dioxane, which the U.S. government considers a probably human carcinogen and which readily penetrates the skin. Cosmetics makers could easily remove 1,4-dioxane from ingredients, but tests documenting its common presence in products show that they often don’t.

Petroleum distillates: Petroleum-extracted cosmetics ingredients, commonly found in mascara. They may cause contact dermatitis and are often contaminated with cancer-causing impurities. They are produced in oil refineries at the same time as automobile fuel, heating oil and chemical feedstocks.

Resorcinol: Common ingredient in hair color and bleaching products; skin irritant, toxic to the immune system and frequent cause of hair dye allergy. In animal studies, resorcinol can disrupt normal thyroid function. The federal government regulates exposures to resorcinol in the workplace, but its use is not restricted in personal care products.

Retinyl palmitate and retinol (Vitamin A): Vitamin A is an essential nutrient, but excessive amounts can cause severe birth defects if women are exposed during pregnancy New evidence shows that when applied to sun-exposed skin, for instance, in sunscreens, lip products and daytime moisturizers, these compounds can break down and produce toxic free radicals that can damage DNA and cause skin cancer. Recent date from the federal Food and Drug Administration indicate that when retinyl palmitate is applied to the skin in the presence of sunlight, it speeds the development of skin tumors and lesions.
Toluene: Volatile petrochemical solvent and paint thinner and potent neurotoxicant that acts as an irritant, impairs breathing and causes nausea A pregnant woman’s exposure to toluene vapors during pregnancy may impair fetal development. In human epidemiological and animal studies, toluene has been associated with toxicity to the immune system. Some evidence suggests a link to malignant lymphoma.

Triclosan & Triclocarban: Antimicrobial pesticides in liquid soap (triclosan) or soap bars (triclocarban), very toxic to the aquatic environment. often found as contaminants in people due to widespread use of antimicrobial cleaning products. Triclosan disrupts thyroid function and reproductive hormones. American Medical Association and the American Academy of Microbiology say that soap and water serves just as well to prevent spread of infections and reduce bacteria on the skin. Overuse may promote the development of bacterial resistance.

If you doubt that your skin is so absorbent, try rubbing the cut side of a clove of garlic on the sole of your foot and within seconds you will TASTE the garlic….NOT just smell it. That should tell us all something about how easily our bodies are absorbing what we put on it.

I suggest checking out this site as well, it has a lot of useful information.

9 thoughts on “The Ugly Truth”

Beauty By Britanie is a Lifestyle Blog that incorporates a comprehensive look at Beauty, Fashion and Wellness from the inside, out. I am passionate about inspiring others to be their most authentic selves and to live a more conscious lifestyle through mindfulness, balance and healthier alternatives. Click here to read more about me....

Any personal or PR related questions, please contact me at: beautybybritanie@gmail.com

The best one stop shop for all things organic beauty and wellness!

For the glamorous green beauties!

Gluten-Free and natural makeup that is clean and performs! Amazing pigments.

Sephora now offers an entire “Clean Beauty” section on their site!! Whether you are into mainstream beauty, organic beauty or like me, are into all things balance- Sephora is one of my favorite places to shop. 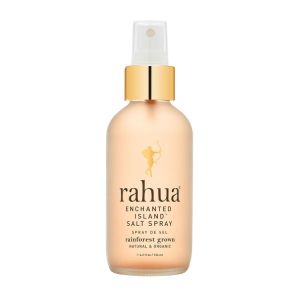 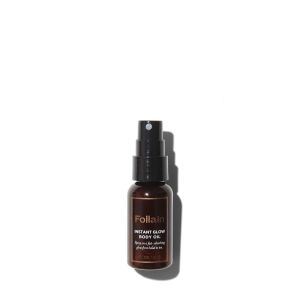